Home » Uncategorized » A Dive Into The Dog Bite Statute

A Dive Into The Dog Bite Statute

At the Law Office Of Jacob J. Rivas, we know exactly how an injury can change the state of your life. A dog bite is no exception to this reality. Many people who keep dogs as pets raise them to be wonderful companions and joyful family members. Unfortunately, however, not all pet owners care as much for their canines. Occasionally, untrained and otherwise unruly dogs can lash out, causing injury and even maiming the innocent people who happen to be nearby.

As dogs, particularly young or newly adopted ones, can be of unpredictable temperament, many states employ a “one-bite rule.” This rule states that dog owners are only liable for an attack if they had previous knowledge of their pet’s tendency for violence. Unfortunately, California is not one of those states.

What Is California’s Dog Bite Statute?

In California, Civil Code 3342 states that dog owners are liable for any injuries or damages caused by their dogs. These injuries include any bites that may have occurred on public and private properties. The only people not covered under Civil Code 3342 are people who enter private property without the owner’s consent and subsequently sustain a dog bite. However, public officials, such as postal workers, who enter private land to perform official business can still hold owners liable if bitten.

In simple terms, this means that dog owners are always responsible for the actions of their pets. It does not matter if the attack in question took place in a public or private space. As long as the person who suffered the injury was not trespassing, they may hold the owner accountable for any injuries sustained due to their pet’s bite.

However, Civil Code 3342 provides a separate set of rules if the dog in question is a part of a government body or other law enforcement agency.

Under Civil Code 3342, citizens cannot take legal action against governmental agencies whose agents used canines as part of their duty. This includes canines who bit people during:

Governmental agencies and their agents are not liable if the dog bite in question resulted from a service dog being harassed or provoked.

This set of stipulations primarily protects peace officers who use canines to assist them during their job. After all, it would not be fair if officers were liable for their partner’s actions when the express purpose of a K-9 unit is to restrain suspected criminals through biting. However, government agencies do not have complete immunity under the law.

When Are Law Enforcement Agencies Liable

Suppose during an operation a canine attacks a person unrelated to the criminal or crime in question. In that case, that person has a right to bring legal action against the agency in charge of the canine. Likewise, if a governmental agency does not have a written policy expressly allowing the use of dogs, citizens may hold them responsible if bitten by the agency’s dogs.

This part of Civil Code 3342 is meant to provide some level of accountability to government agencies. It outlines that the protections provided to peace officers do not apply to activities outside the scope of law enforcement.

What Does Civil Code 3342 Mean For The Average Person?

If someone you know suffered an injury resulting from a dog bite, they are legally entitled to compensation. Not only can dog bites result in long-term nerve damage, but the experience itself can also haunt a victim. After such an incident, the least a dog owner can do is help you pay for your medical costs. Since many dog bites occur between people who are already well acquainted, the process of compensation is often easy, requiring little court involvement. However, if the dog owner refuses to make amends, you can always count on the excellent team at the Law Office Of Jacob J. Rivas to get you the compensation you deserve.

TENS OF MILLIONS WON ON BEHALF OF OUR CLIENTS 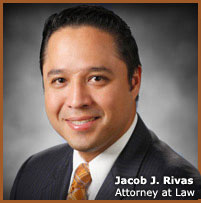